Iconic athlete Chrissie Evert has been recently called 'The Godmother of The Tennis Bracelet' by many, and for good reason! Read below for 8 things you never knew about the Chrissie Evert tennis bracelet story, including details about our exciting new collection.

1. Chrissie Evert is an American former world No. 1 tennis player, who won 18 major singles titles, including a record seven French Open titles and a joint-record six US Open titles. She retired in 1989 with 157 singles titles overall, and a career win-loss record of 1,309-146 (.900).

2. Chrissie was one of the pioneers of womens tennis, along with greats Martina Navratilova and Billie Jean King. She and Martina Navratilova have given the tennis world one of its all-time great rivalries. They played each other 80 times, and developed a close friendship during the process. It has been called by many one of the greatest rivalries in all of sports.

3. Chrissie is currently an analyst for ESPN, and has been for over 10 years. She is a popular fixture on screen, and has covered all 4 Grand Slam Events since she joined ESPN in 2011.

5. Chrissie Evert coined the term 'Tennis Bracelet' in 1978, when she lost her diamond bracelet on the court during a US Open Tennis Match. Play was temporarily halted to search for the bracelet, and after the match Evert referred to the bracelet as her tennis bracelet, and the idea of the tennis bracelet (and tennis jewelry) was born. Chrissie has said she remembers everything about that day: "The green court. The white lines. My diamond bracelet and the dripping sweat of competition."

6. For the first time since that day, Chrissie has finally become a part of merging that origin story with our Tennis Bracelet - CE Collection, which she created in partnership with Monica. The collection offers 13 styles in 18k Gold with diamonds and Sterling Silver with white sapphires. 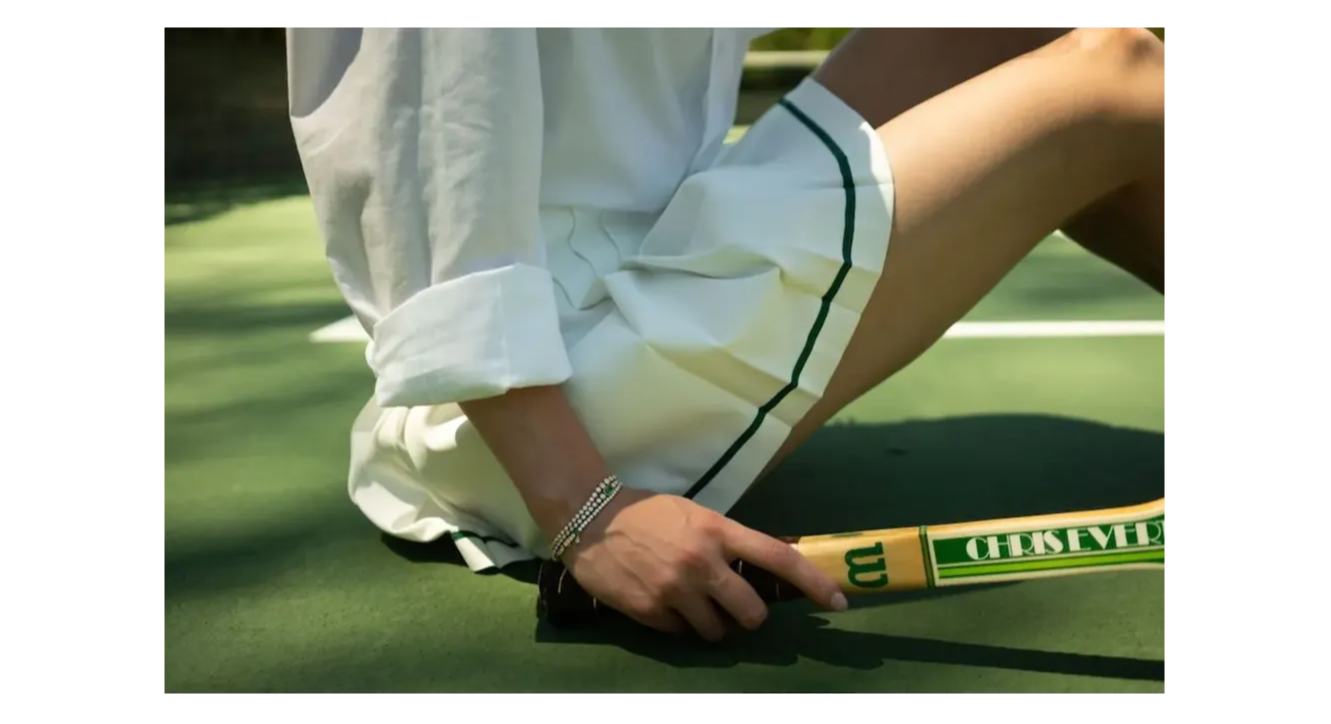 7. Each style in our Tennis Bracelet – CE Collection has elements that capture Chris’s memory of that day. Emerald Stone “green court” settings, white diamond or sapphire “lines of play”, a dripping pear shaped diamond accent. Along with the signature design elements inspired by that founding tennis bracelet moment, every style comes with a Certificate of Authenticity, and is marked CE on each individual bracelet.

8. This is the first time that a tennis bracelet collection has ever been rooted in the origin story of the bracelet, making it the first collection to be Finally Authentic. 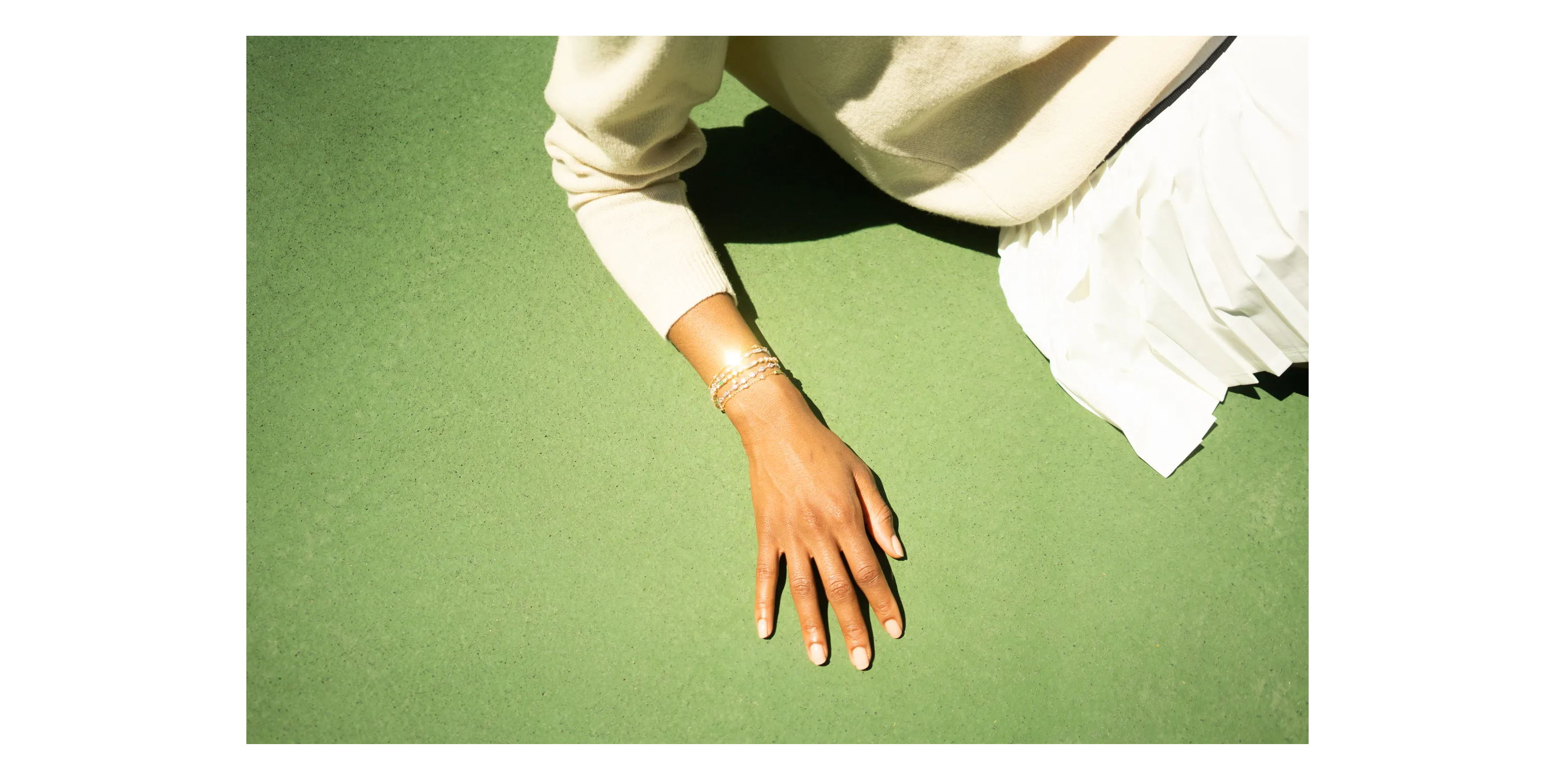